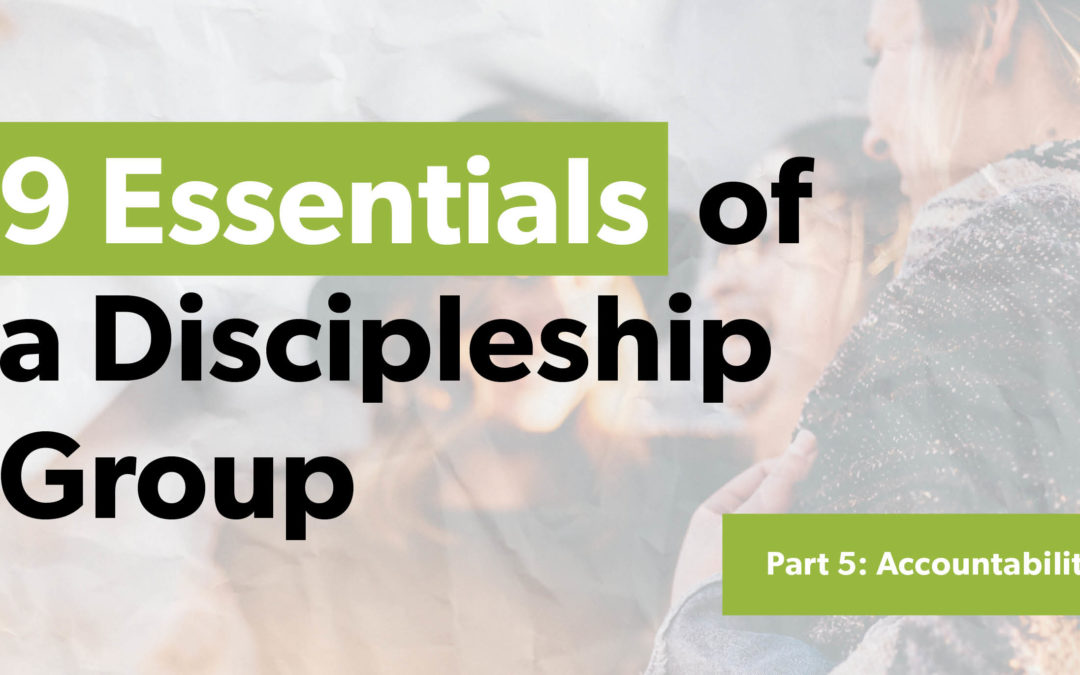 Is Accountability Really That Important?

In case you see the title and want to skip right to the answer before clicking off of this article, I’ll give you the answer now:

Healthy, accountable relationships in our lives is one of the most important contributors to our spiritual growth. But before we unpack why this is true, I believe we should define what we mean when we say “accountability”.

Although scripture does not use the term “accountability”, there are pictures throughout scripture of believers walking, growing, and living in the context of accountable relationships. From creation, God said, “It is not good for man to be alone.” The idea of accountable relationships among believers goes all the way back to the beginning of time. It is not a new idea.

The best picture of accountability that we find in scripture is found in Ecc. 4:9-12. In this passage, we see four pictures of why we need close relationships:

Two are better than one because they have a good reward for their efforts. For if either falls, his companion can lift him up; but pity the one who falls without another to lift him up. Also, if two lie down together, they can keep warm; but how can one person alone keep warm? And if someone overpowers one person, two can resist him. A cord of three strands is not easily broken.

Each scenario illustrates the imperative that we work together with like-minded people toward a common goal. In other words, it is through relationships/community that the goal is accomplished. But this is just one example, there are many more. Proverbs 27:17 tells us that just as iron sharpens iron, so one person sharpens another. Hebrews 10:24-25 tells us to spur one another on to love and good deeds. James 5:16 tells us to confess our sins to each other. Galatians 6:2 tells us to carry each other’s burdens.

Each of these passages shows believers in relationships where they are locking arms with one another as they live and grow together toward Christ-likeness. Lifting each other up when the other falls, defending each other if attacked by the enemy, and working together toward the common goal.

What we don’t see in any example throughout scripture is a picture of a judge and jury waiting drop the hammer as soon as someone messes up. We can’t have accountability without relationship. Relationship is at the core of accountability. We can’t say “I’m going to hold you accountable” if by that we mean standing on the sidelines and shouting “You can’t do that” or “Answer these 10 questions and I’ll see you next week.” Expecting that we will hold others accountable without opening ourselves to that same level of accountability is foolishness. As they allow you to speak truth into their lives, they must be able to do the same in yours.

In his book Life Together, Dietrich Bonhoeffer said, “Sin demands to have a man by himself. It withdraws him from the community. The more isolated a person is, the more destructive will be the power of sin over him, and the more deeply he becomes involved in it, the more disastrous is his isolation.” There is no such thing as “Lone Wolf” Christianity. We can say with absolute certainty that we were created to live our lives in the context of accountable relationships.

What Others Are Saying

"I wholeheartedly recommend this pastor."

"The desire of Bible expositors of every generation is that there will be young preachers in the next generation who will continue the sacred craft. After preaching through books of the Bible for half a century, I am blessed to see a generation of young preachers who have determined to “preach the Word.” That is why my heart has been blessed and my spirit refreshed by Pastor Robby Gallaty."

“I love Robby Gallaty's passion for and focus on discipleship. He has taken Christ's commission to make disciples as seriously as it was given. His commitment to teaching everyone to do all the things Jesus said is in evidence everyday in the church he pastors. I know this, Robby Gallaty is on the move, he is leading, and the question is, " Will you follow?"

"What a joy to witness the way the Lord has been using my friend, Robby Gallaty. Robby is a gifted Pastor, strong leader, wonderful missionary statesman as well as a prolific writer.”

Replicate Ministries is devoted to educating, equipping, and empowering believers to carry out the Great Commission. The resources on our site answer two questions: What is discipleship? and How do I make disciples?

Robby Gallaty produces a weekly webshow entitled Replicate TV to assist you in your journey to make disciples who make disciples. The course can be viewed in its entirety on the Discipleship University page.